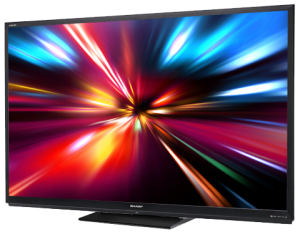 Announcing the addition of Sharp TVs to the wide selection of home entertainment products at Alamance TV.
To celebrate the new addition we have a 70″ LED at incredible savings.
Model LC-70LE745U
1080P
120 HZ Full Array LED
Smart TV with Built in Wi Fi
Full HD Active 3-D
SAVE $500.00
COME IN TODAY FOR FANTASTIC SAVINGS AND IMMEDIATE DELIVERY 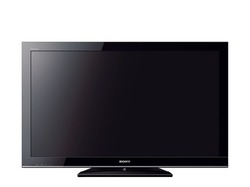 This month you can get the amazing Sony Bravia KDL-40BX450 for only $498.88. Its brilliant picture plus the easy integration with your other devices will put you at the center of the action! This sale is only good through the end of the month, so hurry in today and get yours!

Clearly different. Fine details and textures appear in whatever you’re watching, even in flat areas. Powered by Sony’s advanced noise reduction algorithm, this technology boosts image clarity with heightened contrast and depth that you won’t find on most televisions.

USB input for your camera and more. Share your vacation photos instantly on the big screen or listen to your favorite music. Simply connect your compatible digital camera, USB-enabled MP3 player or USB storage device directly to your HDTV’s USB input. It’s a fast and simple way to relive the memories without a hassle.

Four HD inputs. Plug into the action with versatile HD connection options. Four HD inputs include two HDMI® inputs for sources like your HD cable box, home theater system, Blu-ray Disc™ player or PS3™ system, one HD component input and a PC input (HD-15 pin) which lets you use your HDTV as a computer monitor.1
Picture settings made easy.

Now adjusting the picture is as easy as changing the channel. Just make a quick choice among eight pre-configured audio and video settings for a customized fit to what you’re watching. Scene Select options include Sports, Photo, Game, Cinema and Music.

Handheld gaming goes big. Play your PSP® system or other handheld gaming consoles (with SD output) on your HDTV with no irritating black borders surrounding the picture. Just select Game Mode for an ideal fit to your TV screen according to the input. Better yet, Super Resolution Processing delivers a clear, crisp view in HD size.

Against the grain. Dazzle the whole family with ultra-crisp HD clarity and less grain. Digital Noise Reduction enhances detail in whatever you’re watching with meticulous processing. It even helps clean up video from USB and other PC sources so the picture looks pristine and vivid.

Theater-like movie viewing. Watch movies the way they were meant to be seen. Sony’s 24p True Cinema technology allows the TV to maintain a movie’s original 24 frames per second (fps) rate so it looks less like television and more like it would in the movie theater.

Find us on social media!